With attractions like the Wild Scenic Smith River just a short distance away and a golf course next door, it is easy to lose yourself in the astounding beauty and abundant recreation available. Whether you are fishing, hiking, biking, kayaking, surfing, golfing or just plain relaxing, your experience at Fern Hook will be an enjoyable and memorable one! 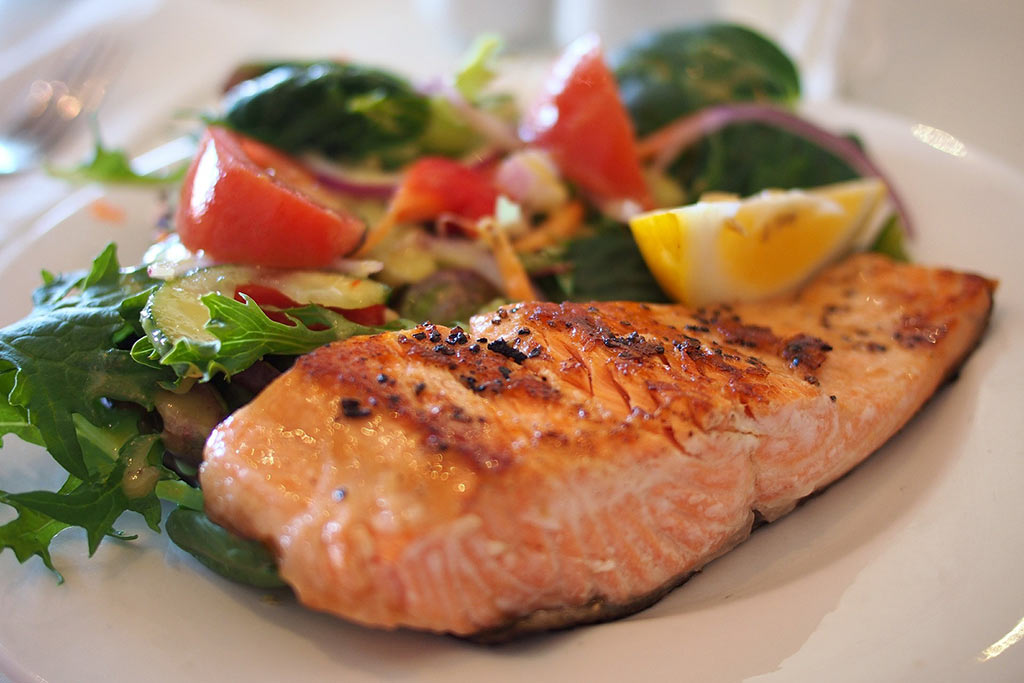 Local cuisine runs the entire spectrum from fine dining to fish and chips. You will have access to locally sourced fresh seafood, burgers, sushi, Mexican, and hip new food trucks. Local establishments with weekly live music in both of the nearby towns cater to traveling acts and local musicians alike. If local beer is more your forte, four craft breweries with taprooms and dining, are within a 15-20 minute drive.

Your Fern Hook host is well versed in the local fare and entertainment and would love to provide recommendations and directions, upon request. 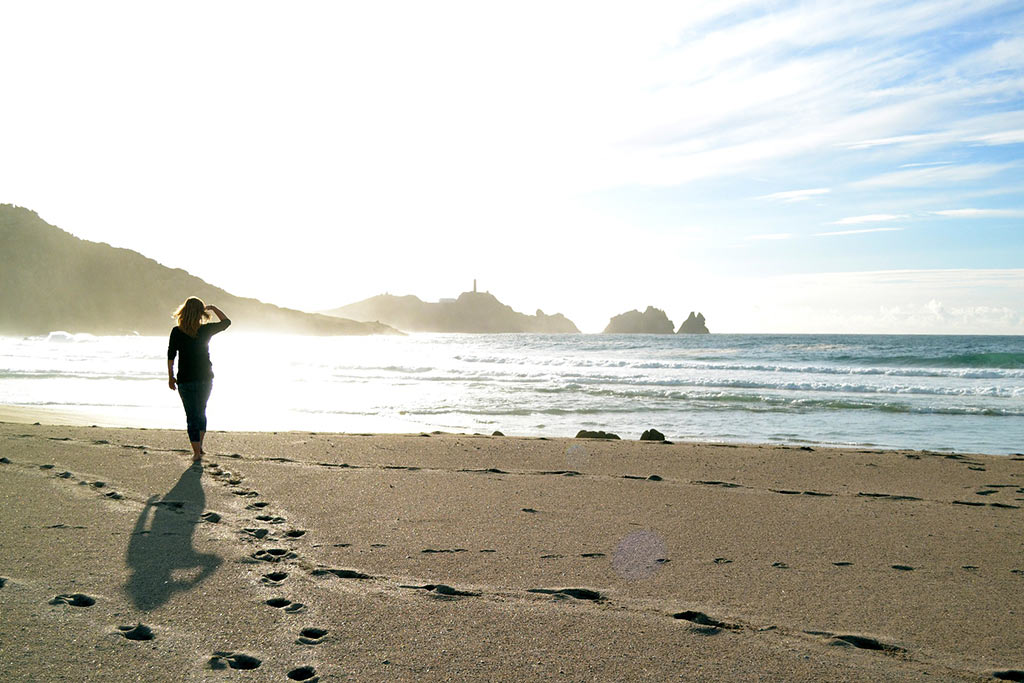 A short drive from Fern Hook Cabins gives you access to one of the most stunning stretches of the North Coast. Whether you are seeking seclusion on miles of uninhabited sand or looking for action in the surf, you will not be disappointed. Head to South Beach in Crescent City and enjoy a family-friendly beach environment with surf rentals, lessons, outdoor dining and up close sea lion viewing.

With two lighthouses and abundant wildlife nearby, you can spend days exploring all of our coastal treasures. Tide pooling, beach combing, or harvesting clams and abalone – there is something for everyone. Our specific region is located in the heart of “The Pacific Flyway” and provides numerous chances for the viewing of a diverse migratory bird population. 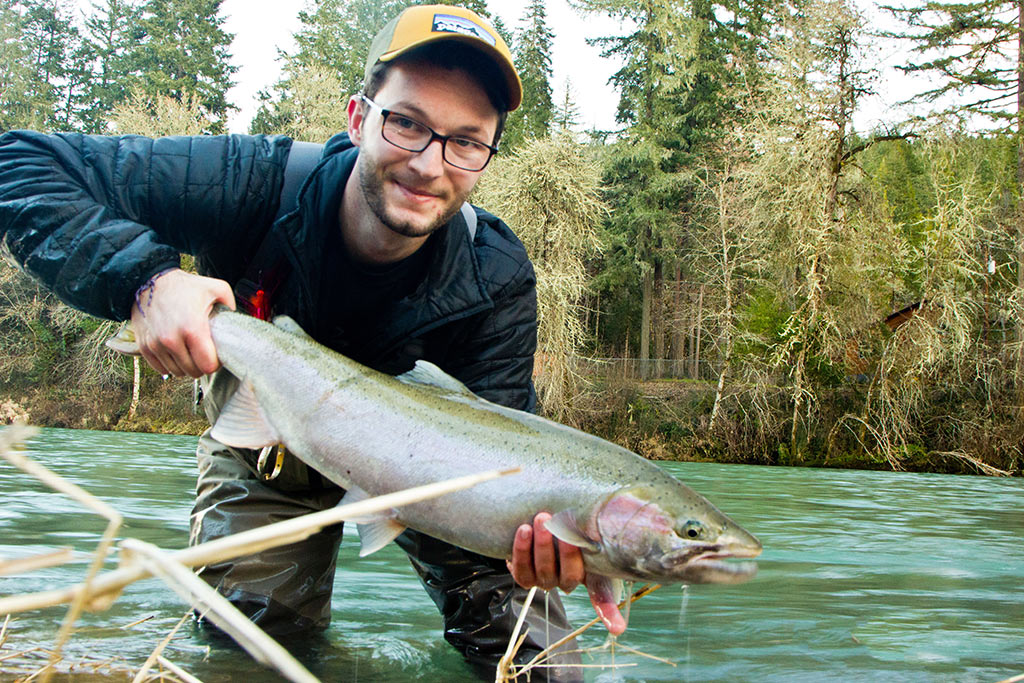 The quality of fishing in this region is exceptional. The Wild Scenic Smith River hosts a healthy population of Salmon, Steelhead, and sea-run Cutthroat Trout throughout the river’s annual cycle. The renowned Smith River has produced numerous Steelhead over 25 pounds including the current California State record of 27 pounds, four ounces! Wheather fly fishing, gear fishing or snorkeling, you will be impressed. There are four other world class rivers within striking distance; the Klamath River, Trinity River, Chetco River, and the mighty Rogue. Supporting this regions moniker as the “Wild Rivers Coast.”

If the salt is more your game, ocean fishing will definitely not disappoint. We have astounding bottom fishing, where one can catch limits of large Lingcod, Black Cod, Cabazon and numerous other species of Snapper. Seasons permitting, there is also Pacific and California Halibut, and Salmon fishing. Don’t forget about the crab fishing for which Crescent City is renowned. In past seasons, Dungeness crab are so prolific that we are the largest producing crab port in the entire state of California, prevailing over much larger ports like San Francisco. 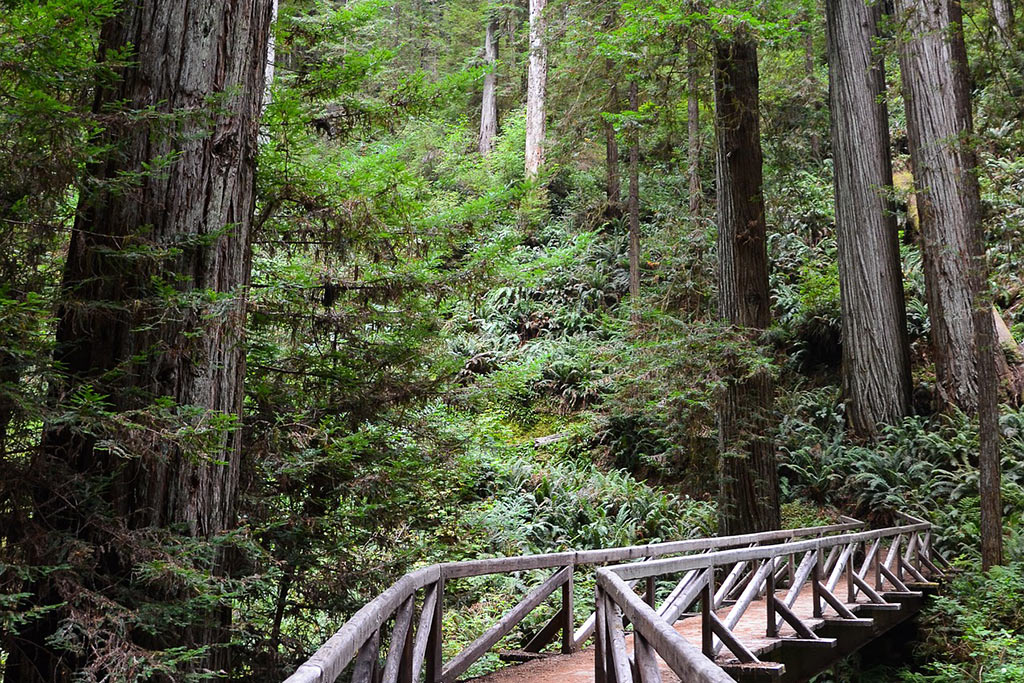 The hiking trails here are second to none. Whether you desire secluded vistas of our ruggedly beautiful coast, or the awe-inspiring treks through our gigantic redwood forests, the hiking here is both abundant and diverse. There are numerous ecosystems to explore in a concentrated area that spans multiple state and national parks. Considering that a very large percentage of Del Norte County is uninhabited land covered by forests and rivers, it is simple for one to explore and discover nature in it’s most wild and unmolested state.

For those who are feeling a little less adventurous, there are guided tours available for hikers, bicyclists, and people who would rather view from the comfort of a vehicle. Whether it’s a half-hour stroll or a multi-day backpack trip, the trails here will satisfy all desires.

There are three golf courses within a short drive of Fern Hook Cabins. Directly next door is Del Norte Golf Course, a full-service nine-hole track with multiple tee box locations for those who wish to play eighteen. The Del Norte Golf Course is uncrowded, with long fairways surrounded by redwood forest, and will make for a memorable round. They also have a driving range and golf carts. The newly remodeled clubhouse boasts a full bar and restaurant.

The next closest venue is Kings Valley Golf Course. More of a meticulously maintained par three than a pitch and putt, this track is extremely affordable and a blast to play! They also retain a driving range and a clubhouse with bar.

The crown jewel of the area is definitely Salmon Run Golf Course in Brookings, Oregon. The very difficult eighteen hole course will challenge even the most experienced golfer. This track meanders up and down steep hillsides and winds through streams and valleys that sustain healthy spawning habitat for wild salmon and steelhead. All in all, the golf options are accommodating for all types of enthusiasts. 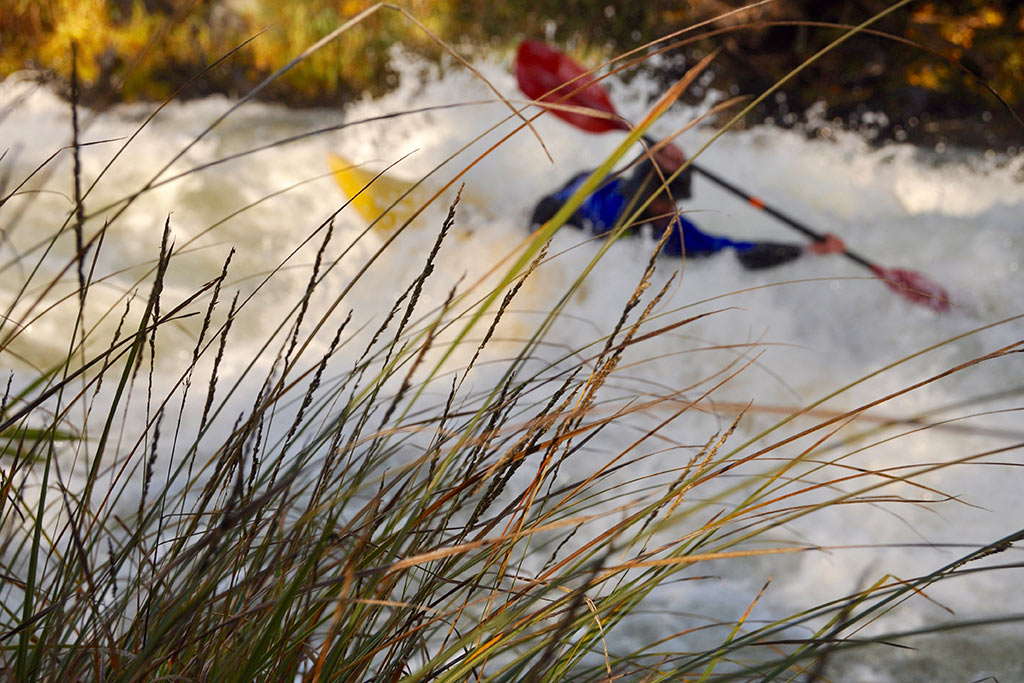 Whitewater rafting and kayaking are popular in the area, and for a good reason – the rapids are world class! The Smith River is considered one of the cleanest rivers in the world, known as the crown jewel of the Wild and Scenic River system, and is the only free flowing river in California, which is completely undammed from start to finish! Many of the prime Smith River boat launches are just a few minutes drive from Fern Hook cabins, offering quick and easy access to river features for every skill level. Short drives to the north and south along Hwy 101 bring river paddlers to the majestic Klamath River and Chetco River, as well as the world-famous Rogue River. 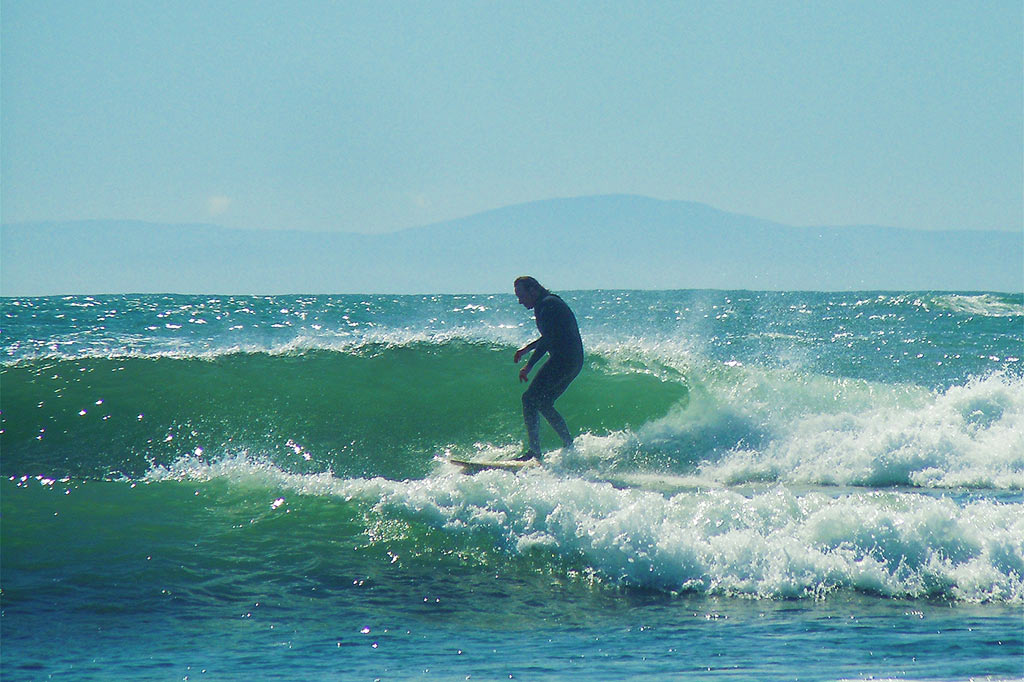 The coves, pointbreaks, reefs, and sand bottom beaches of Crescent City offer uncrowded waves for surfers of all skill levels. South Beach, traditionally a longboard wave, can develop sandbars which produce perfectly peeling waves. Winter waves can get big, with the main surf season between October and April. Summer months are calmer, creating ideal summertime surf conditions. While many of the popular spots might have a handful of friendly surfers to share waves with, there are many untapped secluded beaches to score epic surf with no one out in the water. Surf safaris to the south and north along Hwy 101 provide endless miles of untapped secret spots to be discovered. 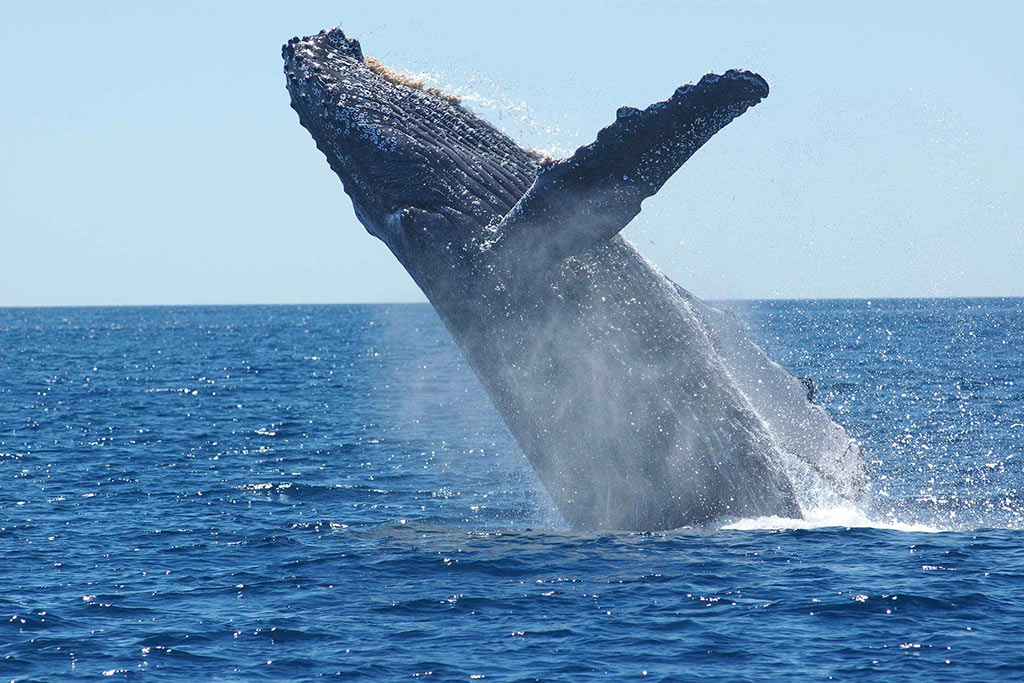 During their yearly migration up and down the west coast, many species of whale travel extremely close to our picturesque coastline. If one’s timing is right, they will see prolific numbers. Some of the charter boats provide whale watching tours, but the viewing from our shoreline is awesome. Watch as sperm whales, humpbacks and pods of grey whales pass near our coast. Pods of grey whales can be seen frolicking in the rock formations just offshore.

During peak season, local volunteers have “Whale Watching Spoken Here” posts at prime viewing locations to help educate the public on how to spot these magnificent creatures. People can also travel to the Crescent City harbor and view sea lions up close, or turn their eyes skyward as Pelicans and osprey dive bomb the ocean’s surface in search of food beneath. A few lucky souls may even see Otters, or the Harbor Porpoise, a small cold water cousin of the dolphin. 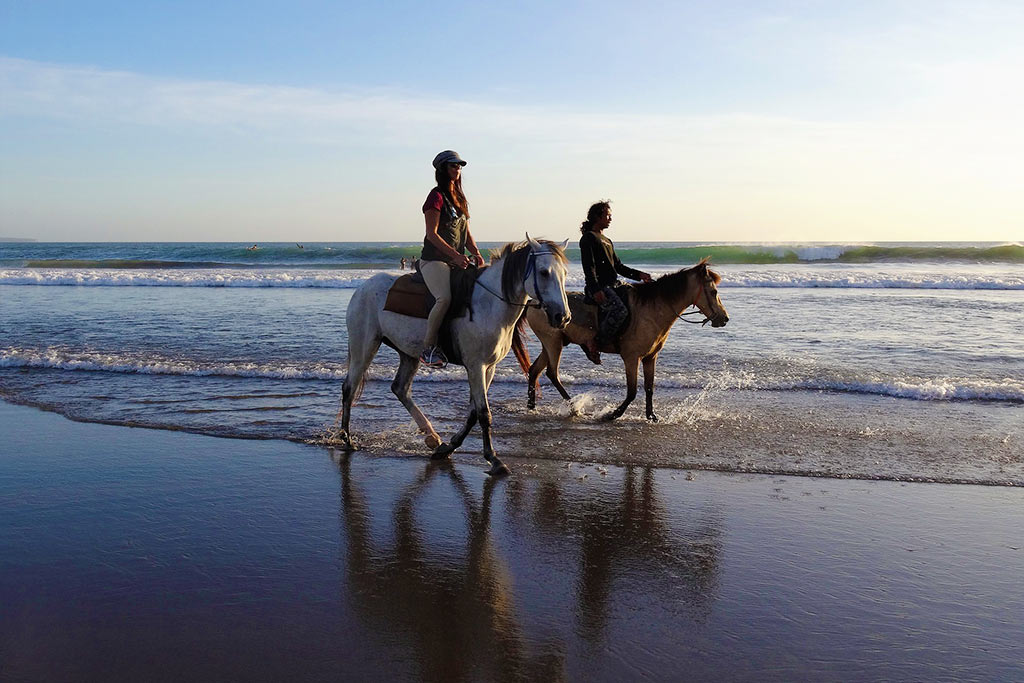 Equestrians will find that horseback riding on the Redwood Coast is a dream come true. The long sandy, crescent-shaped beach will surely satisfy any horse lover’s craving for a relaxing ride to the sound of crashing waves. The horseback riding trails within the Giant Redwood Forest will leave riders with an experience they will never forget.

There are many guided horseback tours to choose from in the area, and great local stables to take care of your horses during your stay.